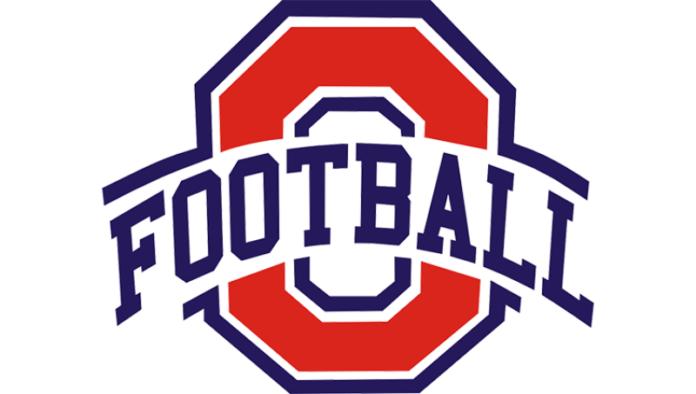 Oakland (6-0) extends their unbeaten streak to 36 straight games and continues its district winning streak to 53 from all the way back to 2014.

The first quarter started out with two quick Oakland touchdowns. Patriot’s quarterback Kade Hewitt found Eric Taylor for a 41-yard score. Hewitt rushed for the other.

The Blaze (5-2) answered back with Ben Marshall’s first touchdown of two in the first half. Jack Risner connected with him twice but also threw an interception in the second quarter. There were multiple turnovers in the first half including fumbles by both teams on consecutive plays.

Oakland would carry a 31-12 going into the locker room for halftime after a huge 42-yard field goal from kicker Jacob Taylor. Blackman failed to convert on both of their points after attempts.

This game would get out of hand quickly after the Patriots scored three touchdowns in the second half. Hewitt scored his second rushing touchdown, and Mason Bell and CJ Puckett also scored to put this game far away from the Blaze.

Oakland will play against CPA on Thursday, October 6th on the road for their next matchup.

The Blaze will take on district opponent Rockvale next week at home next Friday, October 7th.